Agriculture, Water, and the Environment

What a day!  Ventura County is known for many things, but one of THE top things for which our county is known for is Agriculture. And of course, how agriculture grows is affected by our water and the environment, so the day was filled with a wealth of information covering these three topics.

While several cohort XXVI members participated via Zoom, the excitement of session #8 topics were energized by the fact that our county moved into the red tier and we were able to meet in person; we screamed (inside of course), masked ourselves up, socially distanced and headed to the fields.

In preparation for our outdoor visits, John Krist, CEO of the Farm Bureau of Ventura County, (the region’s oldest and largest agricultural association), gave us a historical overview of the farmlands of our county via Zoom. A bit of history on John if his name sounds familiar: he was a journalist for the Ventura County Star for nearly 25 years, covering topics regarding land-use policy, natural resources and environmental issues. Additionally, Mr. Krist is also a published author.

There are approximately 2000 farms in Ventura County. What sets Ventura County apart is the scale: the average farm size is about 122 acres and consists primarily of fruits and vegetables, for the fresh market. Labor-intensive costs associated with crops make it extremely expensive to farm the land here in Ventura County. California has higher-than-average energy costs; things like running water pumps are more expensive; manual labor cost more; and as we all know, the cost of living in Ventura County comes with a price. Yet we are #8 in the state and the nation in gross production value.

We were lucky enough to visit two of those Ventura County farms: Terry Farms and McGrath Family Farms. Terry Farms planted their “roots” here in Ventura County in 1894, in the Montalvo area, now the Ventura Auto Center, and is currently run by father and son, Edgar and Will Terry.  The climate, a major driving force for choosing this area, helped their crops grow to over 2000 acres of celery, cilantro, peppers, cabbage, and of course, various types of strawberries. 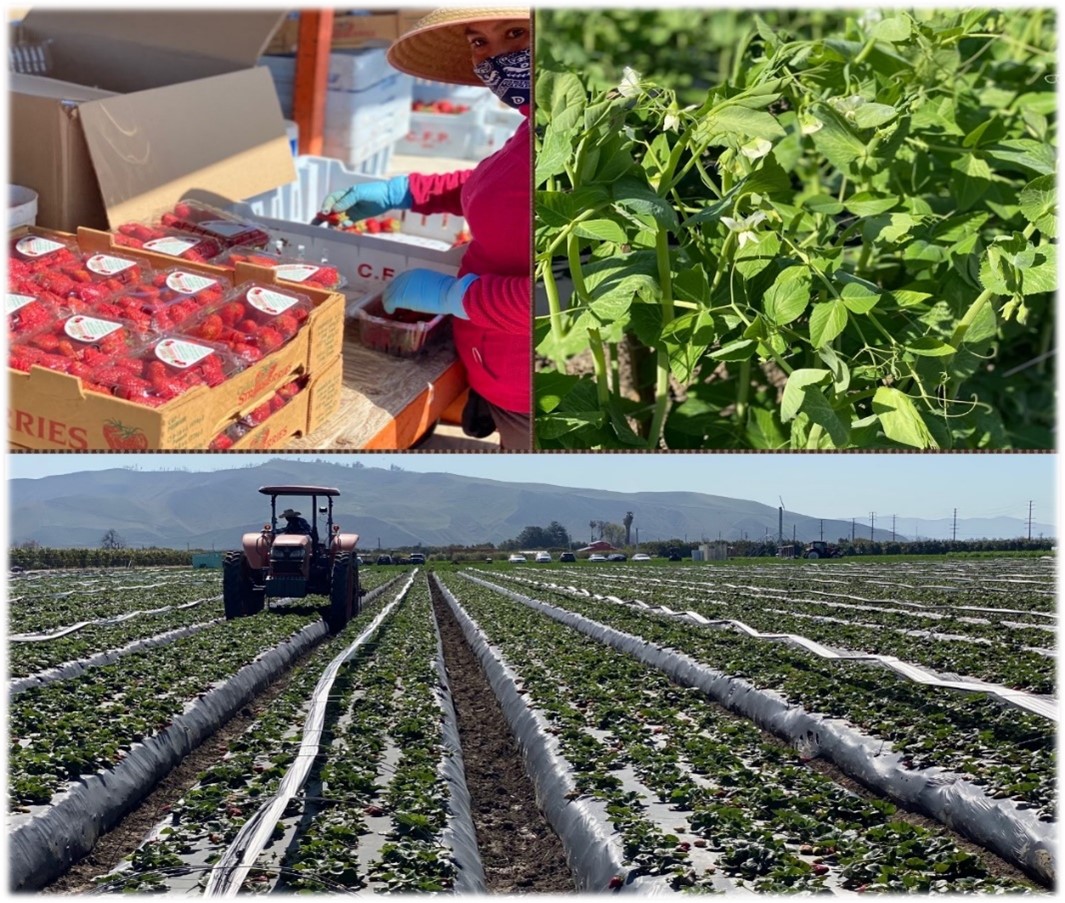 Fun fact: Terry Farms is one of two farms in California that grows the Albion strawberry (Betsy’s favorite), and Edgar was kind enough to grace each of us with a 16 ozs. pack of those Albion’s to snack on.  Want to sample those Albion’s for yourself? Stop by Terry’s Berries stand in Ventura located on Telephone Road, across from the Kimball Park, where you will find those and many other great perishables.

McGrath Family Farms is a 300-acre farm dedicated to regenerative and organic farming. Led by the owner, Phil McGrath, this is a fourth-generation Ventura County farm. The sweet chirping of birds enjoying the farms is drowned out only by airplane noises from neighboring Camarillo airport, exhibiting a precise amalgamation of the modern world and nature. 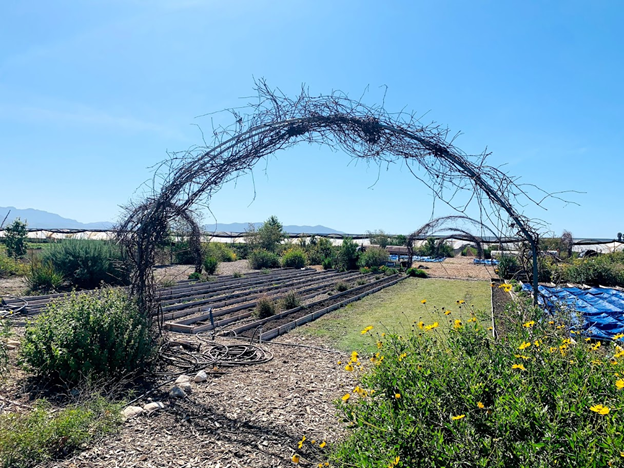 Phil welcomed the cohort with excitement. He is a motivated mentor to many upcoming farmers, teaching them the importance and the art of organic farming. “A farmer knows his land better than anyone else,” goes the saying, which is certainly true of Phil. His knowledge pairs up with science to develop innovative and sustainable farming methods. Thanks to Phil’s curiosity and dedication, Rodale Institute, a leading research institute for organic farming, set up their satellite location for conducting regionally focused research, trials, farmer outreach and consumer education at his farm in 2019.

The farm has a dedicated acre space for researching on various forms of sustainable farming. This educational space is bounded by California native vegetation, which also attracts a lot of fauna that aid in the regenerative farming process.

Phil explained how Ventura County was ahead of the curve for water management regulations and agencies. Owing to almost a decade-long drought, in 2014, then-California governor Jerry Brown, passed legislation for monitoring ground water supplies. Farming water supply and ground water management also are well-known for complex adjudication and litigations. We learned about prescriptive rights to water supply and how the state has requested McGrath Farms to reduce their water consumption by 40% in next 20 years, which is a major shift in the way farming is accomplished.

Currently, the water supply cost for McGrath farms is around $270/ Acre Foot and is projected to go high through out the decade as the sea water intrusion increases in the ground.

Where I come from there is a saying in Sanskrit:

This translates to “Even after earning all the riches in the world, one has to depend on farmer for getting the food to the table.” As we grow in population and move towards advanced degrees, we are producing fewer farmers. Demand is far outpacing the supply and hence commercialization of farming has become common, which uses harmful chemicals to expedite plant growth. As much as it is harmful for a human body to consume such produce, it is also harmful to the environment, soil, air, etc. One can destroy the natural regeneration of minerals in the soil by using heavy pesticides. 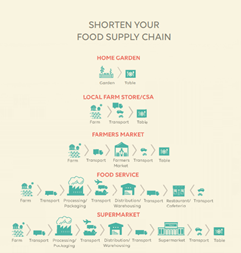 Hence, Phil is more focused doing what he can to stem that tide of commercial farming: first, delivering food to our community, and then providing organic and sustainable produce to the Southern California region. McGrath Family Farm continues to serve as a beacon of hope for upcoming organic farmers through the mentorship of Phil McGrath and his wonderful team at McGrath Farms. They’ve been motivated to establish Farmivore; a program which brings local produce to be delivered to the local community giving local farmers and upcoming young farmers a place in which to sell their produce.

Like many other businesses, Covid hit the farming industry hard. Since March 2020, Ventura County, like the rest of the world, has basically been shut down. About 40-60% of what farmers produce goes to food services—restaurants and institutions, and usually, the average household spends approximately 50% on eating outside the home. Since restaurants and the businesses which support them were closed down, it’s easy to imagine the difficulty for the farmers. During Covid, many farmers learned the hard way about what ignoring the fine print of a contract can cost them. After several contracts were canceled, McGrath Farms reached out to companies who pointed him to force majeure, and pandemic clause was enlisted to help the farm survive.

Our next stop was the Ventura County Agriculture Museum, located in Santa Paula. The museum in housed in a historic Mill Building (1888), preserving the rich history of ranching and farming in Ventura County. The museum still preserves the original flooring from the late 1800’s and is a phenomenal exhibition of deep-rooted farming history. The building was originally part of the Southern Pacific Railroad, built as one of 8 warehouses. It was designed to be an agricultural storage facility. The museum is currently closed due to the Pandemic but we look forward to the time when it is open to public to exhibit the Cesear Chavez exhibit and its pristine and elegant gardens of flowers and vegetables.

The afternoon continued with a great information and learning on Ventura County’s Oil and Gas Industry. California is currently exceeding its demand far more than the available supply. Out of total requirement of 7830 Trillion BTU we import 5399 Trillion BTU. Petroleum continues to be the primary commercial fuel with 91% of transportation fuels based on petroleum. We have an increased reliance on other countries for crude oil. These countries do not necessarily hold the same values as California. Ventura County, 4th largest crude oil producer in the state, produces 18,000 Barrels per day leading to $21 Million in taxes to the County and directly employing 900 employees.

We learned that regulatory oversight for the petroleum and oil production is advanced and is overseen by over 25 local, state and federal agencies. This also directly impacts social equity. According to data released by Public Policy Institute of California, 17% of Ventura County residents live in poverty and another 18 % are “Near-Poverty.” Californians pay 55.8% more for residential electric power and $0.98/more per Gallon of gasoline than the average of another states. These high costs of energy disproportionately impact disadvantaged communities.

The above information is also evident of how much we need alternative, renewable sources of energy to fulfill our energy requirements. 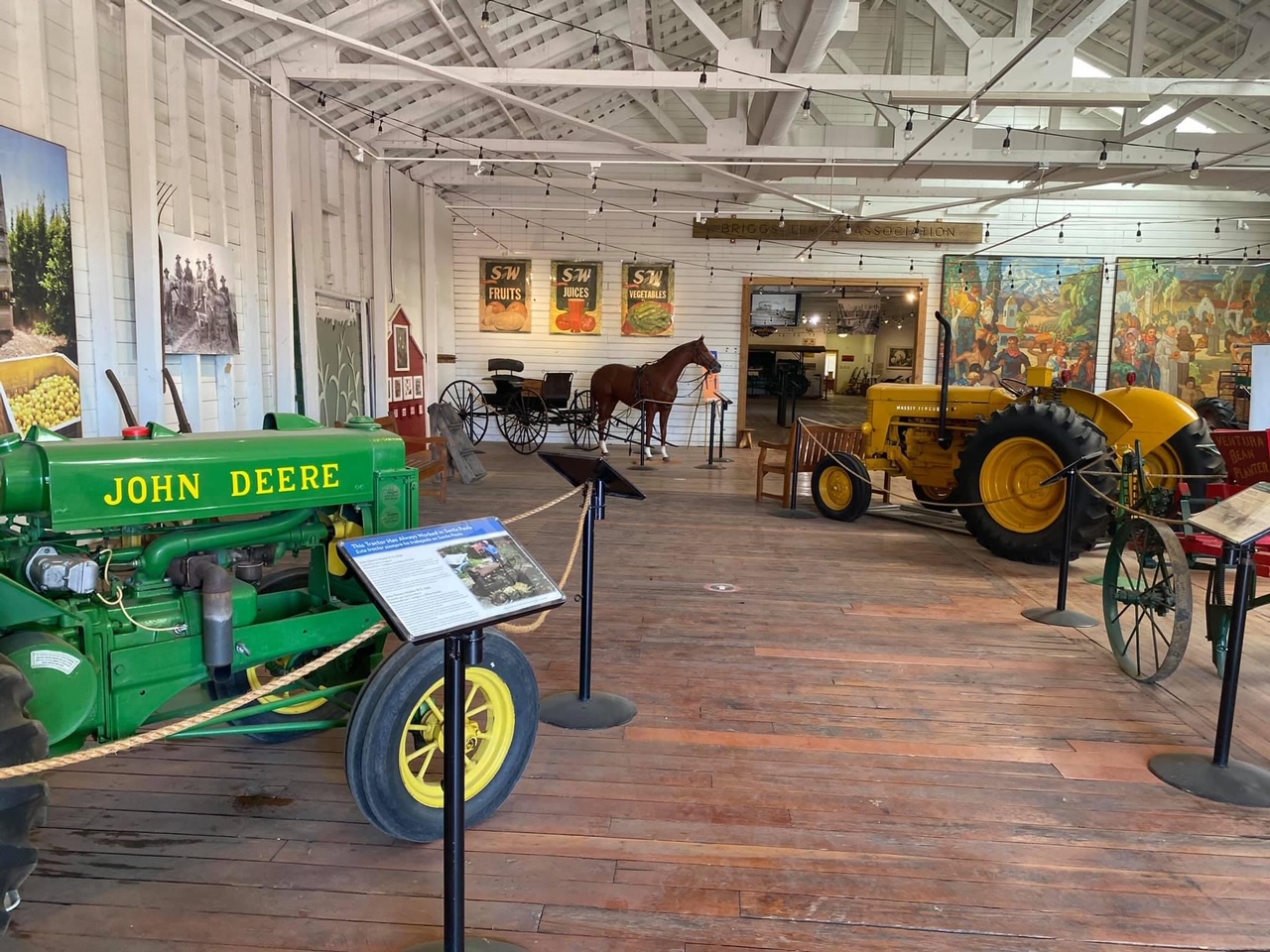 We ended our day with visiting the Calleguas Municipal Water District (MWD) and bewitching Lake Bard, AKA Wood Ranch Reservoir. The Wood Ranch Reservoir officially became known as "Lake Bard" following a dedication ceremony in May 1967 to honor Richard Bard, a founding Board Member and the first President of Calleguas MWD. The property for the MWD originally belonged to Adrian Wood of the Wood Ranch.

A delightful walking tour of the water treatment plant led us to Lake Bard. The MWD supplies water to three quarters of the Ventura County residents directly or indirectly (via retail purveyors). Lake Bard procures its incoming water supply from the Metropolitan Water District of Southern California, which in turn is supplied via the state water project from northern California. The tunnel carrying the water, comes all the way from Santa Susana mountains, is 8 feet in diameter and the only incoming consistent water supply to the reservoir. This poses a huge risk to the water district as a natural disaster can completely cut the water supply and cause a massive shortage of water. 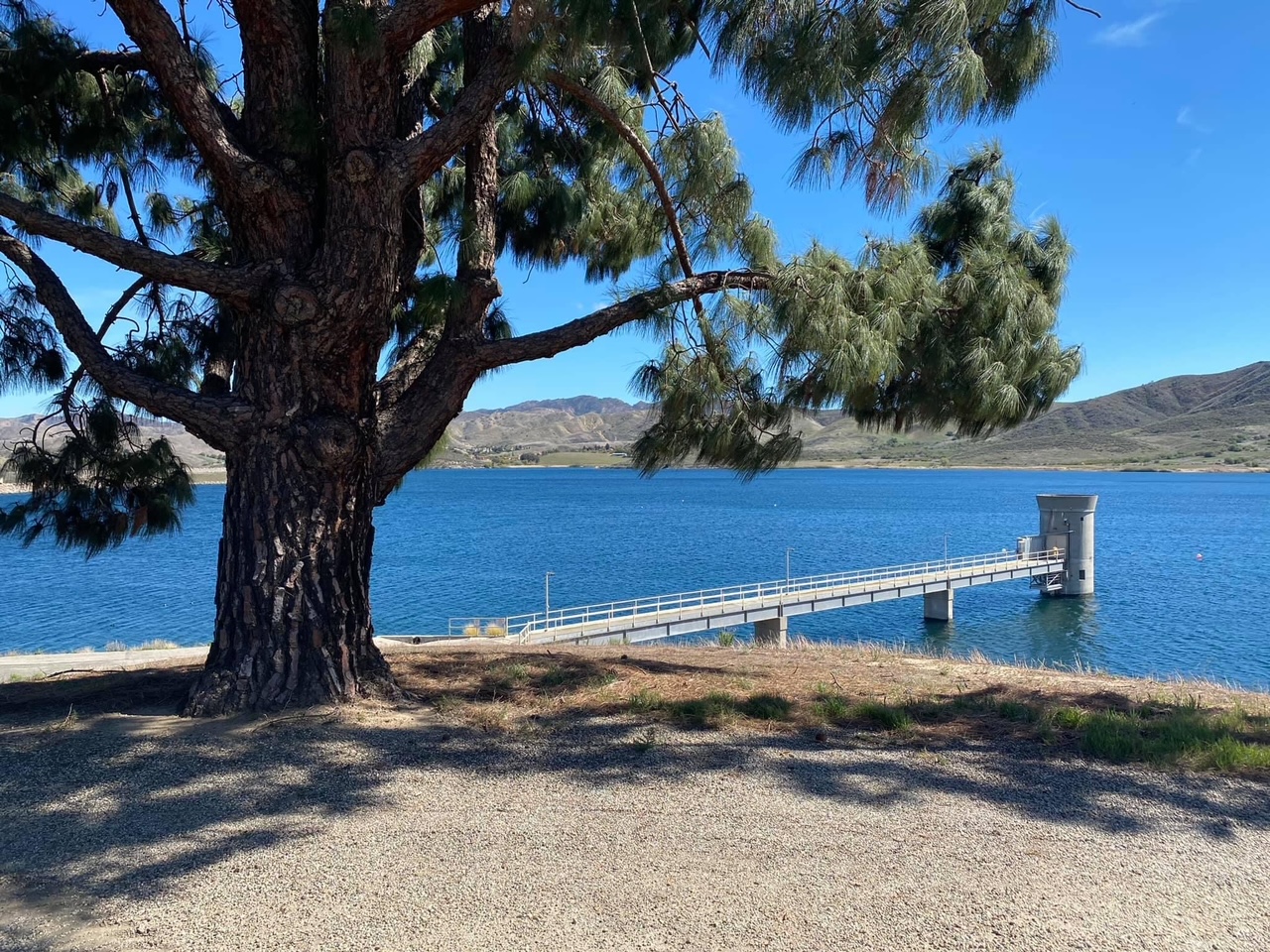 At the end of the day, one of the biggest takeaways is how conscious one needs to be of the natural resources. Gone are the days when we had abundance of the resources gifted by nature. As the American novelist Wendell Berry says, “Earth is the only thing we have in common,” and preserving it any capacity one can should be the highest priority. That can be done through regenerative farming, water conservation and adopting more renewable energy sources.